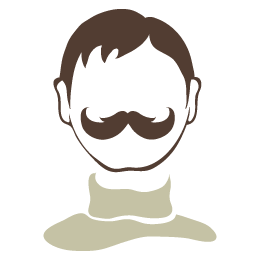 I love how much work went into old picture frames. They often told as much of a story as the picture inside. I see lots of frames in my business that have not been treated well, that have been stored badly in sheds or sat in rooms with smoke building up on them for years. It's great to be able to get the frames back to their glory days and let their beauty shine on through. If you are looking to do some restoration of your own, my site has a collection of the tips and tricks I've learnt over the years to get the best effects.

Sagging Ceiling — When your plaster ceiling begins to sag, it can be hard to notice the change first. Ceilings often look perfectly flat and level when looked at from below. That is why you need to stand close to a plaster ceiling when inspecting it for sagging. The first thing you should do is stand on a ladder or chair at one corner of the house. Ensure that your head is almost touching one point of the ceiling for a thorough inspection. Once you are comfortable, sweep your eyes across a ceiling's surface and look for signs of unevenness. Do the same from opposite corners to get a good idea of the ceiling's condition. Notably, sagging spots could mean that the plaster has detached from the lath, increasing the cracking and disintegrating chances. If this is the case, you need to replace your ceiling.

Discoloured Plaster Ceiling — Another early sign that you need to replace your plaster ceiling is discolouring and eventual bubbling. Discolouring usually occurs when water begins to leak through a roof and settle on plasterboard and lath. A common mistake that homeowners make when they first notice the discolouration is applying a stain-blocking primer. While it hides discoloured spots, it does not address a leakage problem. As a leak gets worse, the discolouration gets bigger, accelerates a ceiling's deterioration. Notably, the bigger the discoloured patch, the sooner you need to replace a ceiling.